Are Telomeres the Secret To the Fountain of Youth?

Are Telomeres the Secret To the Fountain of Youth? 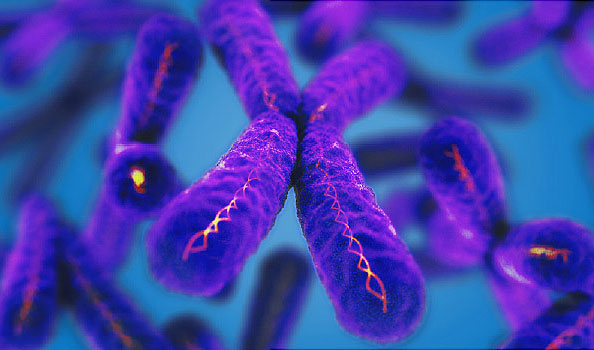 For thousands of years, humans have been searching for the fountain of youth. In recent years, researchers think they may finally have found it.

A recently released book entitled “The Telomere Effect: A Revolutionary Approach to Living Younger, Healthier, Longer,” ignited a fever of interest in the tiny dynamos known as telomeres, but it turns out that researchers have been investigating their effects for decades.

Telomeres are the tips of our chromosomes, and many compare them to the little plastic ends on shoelaces: they protect the ends of our chromosomes that carry our DNA. Normal cells lose telomere length with each cell division. The older you get, the shorter your telomeres, thus hindering their ability to protect your chromosomes and allow new cells to replace old ones. This process is vital to maintaining youthful and healthy looking skin, and impacts other parts of the body as well.

“The foods you eat, your response to emotional challenges, the amount of exercise you get, whether you were exposed to childhood stress, even the level of trust and safety in your neighborhood—all of these factors and more appear to influence your telomeres and can prevent premature aging at the cellular level.”

Of course, their conclusions are not without controversy, as some doctors and scientists argue that their studies merely show an association between longer telomeres and longevity, which may be suggestive but is not proof. Even Blackburn and Epel admit that the lack of long-term studies means there is no way to say definitively how easy it is to change telomere length and whether longer telomeres can lengthen life span.

A 2009 peer-reviewed study published by the National Center for Biotechnology Information’s (NCBI) National Library of Medicine, found that shorter-than-average telomere length when compared to others in a similar age group has been associated with an increased incidence of age-related diseases and decreased lifespan.

The author, Masood A. Shammas of Harvard’s Dana Farber Cancer Institute, concluded that:

This mirrors the message your board-certified dermatologists at Skin Associates of South Florida frequently tell our patients – if you search the Internet, you’ll find a host of pills purporting to lengthen your telomeres with the enzyme telomerase or other supportive nutrients, but no firm evidence exists to support their assertions. In addition, telomerase is known to protect cancer cells as well as normal ones, which some believe could encourage the growth of various types of cancers in the body.

Instead, as the NCBI paper states, telomere length is affected by many factors, including age, genetics, pollution exposure, social and economic status, diet and exercise, weight, stress, and smoking.

While you can’t control your age or genetics, many of the other factors are under your control. Dietary intake of antioxidants—omega-3 fatty acids, vitamins E and C, and beta-carotene—all play a vital role in telomere length, as does exercise and weight loss. And an important factor to us is of course, exposure to the ultraviolet rays of the sun, which causes shortening of the telomeres.

As much as we’d all like to pop a magic pill for health, the truth is not a secret: a healthy lifestyle equals a healthy body and radiant skin.